What are some games?

Discussions and topics for all other games belong here!

What are some games?

like the game graphics, storyline OR date of release that's similar to PAL?

Not sure, I don't play much games..but they'll probably be like other RPG ones like Final Fantasy lol They got a bit of romance lol..maybe just a little bit.
My TVB Blog: K for TVB

There is also Kingsoft's "Jian Xia Qing Yuan" which tried to imitate PAL1, but with more curtural and historical backgrounds (IMHO it's less interesting but pretty good too).
http://sdlpal.github.io/
Top

another game which worths to mention is Softstar's "Pi Li Qi Xia Zhuan", which is based on the story of a Taiwanese puppet drama. This game is made by the same team as NewPAL XP and many of the elements in this game (items, magics, etc.) were taken from PAL1.

Can you recognize who the "flying" guy is? (well... all the sprites in the game were in puppet form so there is a wooden board (?) on him)

however unfortunately none of the games above are available in English

care to give a little summary?

(whether whole game or just this scene, either is good!!)
and why is he here in this game? I'm guessing he's like a legend and it motivates/gives hints/warns the character below or something

Sword of Xuan Yuan series already had 9 games including the newest one just came ou the end of 2007.

The DOMO team who made Sword of Xuan Yuan game series became really famous in China.

the Xian Jian series and Sword of Xuan Yuan Series are "2 Sharp Swords" of SoftStar to lead the Chinese RPG market.

actually I thin the gameplay of Sword of Xuan Yuan series is much better than Xian Jian Series.

Difference between Xian Jian and Sword of Xuan Yuan:

Xian Jian is more focus on LOVE story and the Xian Jian 1 story was the best, however, the graphic was crappy

those are my summary above, if you guys are interesting in Sword of Xuan Yuan. they have more infor in WIKI which I pu the link below.

and if you can read Chinese, read the Chinese WIKI about those 2 games. they have more infor because there are more fans in China.
All YOU NEED IS LOVE ---by BEATLES
Top

Haha. I only play PAL among all the softstar games. But maybe i should try out the rest...

these are some snapshots about Sword of Xuan Yuan Series.
and the link below are opening CG. 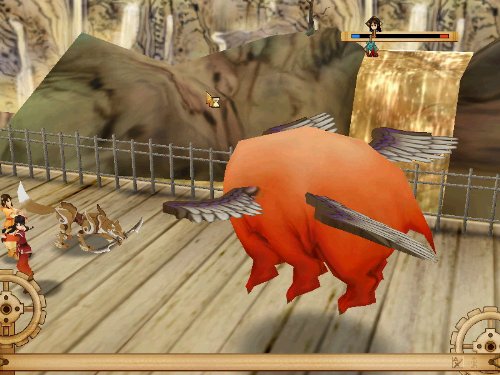 http://www.youtube.com/watch?v=r7dz9cD2ouo&feature=related
All YOU NEED IS LOVE ---by BEATLES
Top

that's a scene where you can learn that "stealing from the enemy" magic...

btw, for Xuan Yuan Jian series I think SWD2A and SWD3E are definately the best ones, and SWD5 seems kinda "PAL2'ish" i.e., too short and many confusing parts (but the graphics are cooler than old versions of course)...
http://sdlpal.github.io/
Top
Post Reply
9 posts • Page 1 of 1